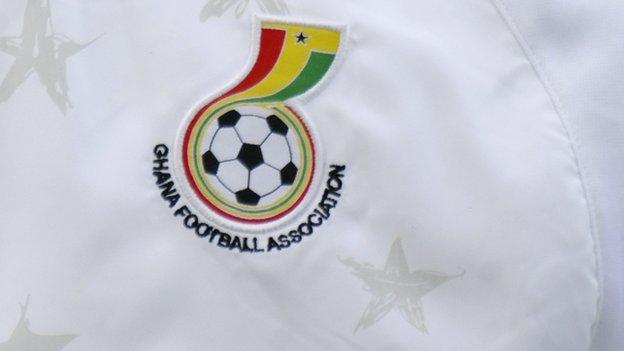 Police in Ghana have launched an investigation following the death of referee Kwame Andoh-Kyei on Friday.

The family of the 21-year-old believe he died from injuries suffered in an alleged assault after a match on 2 March when he was an assistant referee.

Andoh-Kyei is said to have told his brother, Kwaku, that fans attacked him after the Naajoe Royals v Gold Stars game in Bordie in the Western Region.

He was taken to hospital on Friday but collapsed and died three hours later.

Kwaku revealed his brother, who was a class three referee, had complained of pains in the eye and had taken medication but had not seen a doctor before he was admitted to the Prestea Government hospital.

Naajoe Royals won the game 2-0 and it is believed some fans of the losing team, Gold Stars, were the aggressors towards Andoh-Kyei.

His family, with the assistance of the Prestea district referee's body, have lodged an official complaint with the police.

The Ghana Referees Association has ordered their members in the Western Region to suspend their services for lower division games.

Ghana Referees Association chief and former referee Alex Quartey told BBC Sport: "Protection for referees in those games is almost non-existent so we have asked our members in the Western Region not to officiate games until we can guarantee that they are safe.

"We are keen not to draw any conclusions until we have seen the medical report but there are too many cases of assault against referees, especially in the lower divisions, and we will take that up with the highest authorities."