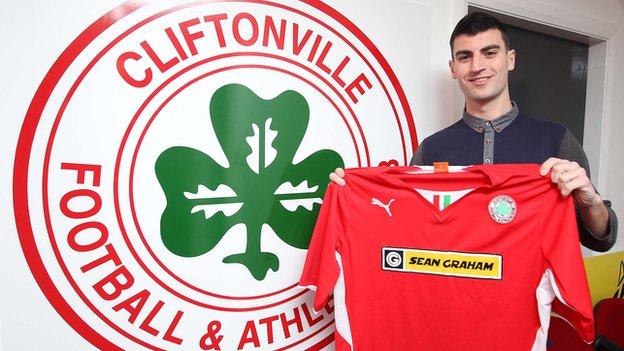 The 24-year-old will join the Solitude outfit at the end of the season.

The 12-times capped Northern Ireland Under-21 international began his senior career with Ballymena United in 2006 and joined Blackburn Rovers in 2008.

"Despite being so young, Johnny has a wealth of experience having competed at various levels in the full-time game," commented Reds chairman Gerard Lawlor.

"We're thrilled to have concluded the signing of a very talented player, whom everyone at the club firmly believes can help us maintain and indeed improve upon the high standards that have been set in recent years," he added.

The Belfast man was on Blackburn's books for two years, enjoying brief loan spells at both Chester City and Accrington Stanley.

He signed for Scottish First Division side Ross County in the summer of 2010 and earned hero status by scoring the injury-time goal that secured the Staggies' safety from relegation in their penultimate League clash with Falkirk, the club he would join 12 months later.