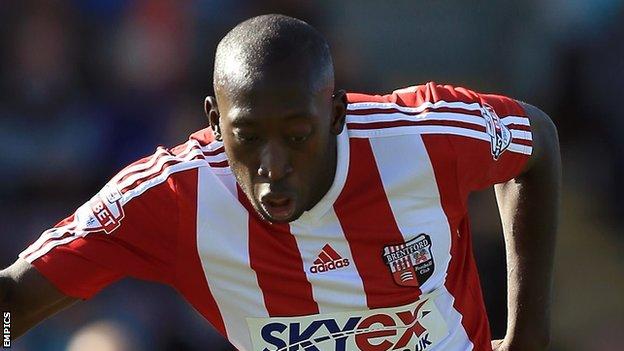 Portsmouth manager Richie Barker has not given up hope of keeping on-loan Brentford midfielder Toumani Diagouraga at Fratton Park.

Diagouraga's loan spell with Pompey ends on Sunday, 16 March and Bees boss Mark Warburton has indicated the 26-year-old will return to Griffin Park.

However, Barker says the situation is not completely clearcut.

"I haven't given up hope, we haven't had a definite 'no' or 'yes'," Barker told BBC Radio Solent.

Diagouraga has made four appearances for the League Two club since his arrival on 17 February.

"If we lost him, there will be alternatives. We have back-up plans, but sometimes I feel it is better the devil you know and he has fitted in pretty well.