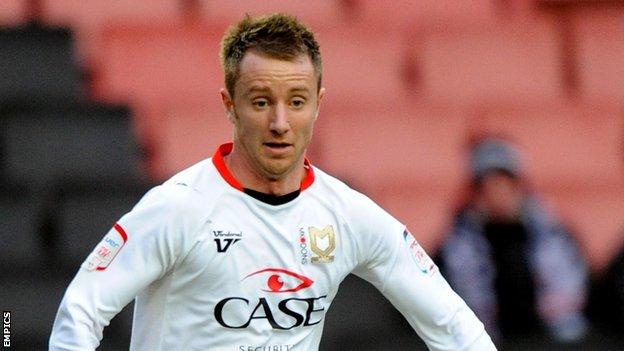 MK Dons have handed a new contract to forward Dean Bowditch, keeping him at Stadium MK until 2015.

The 27-year-old has had injury problems this season, featuring just seven times and scoring once.

But he has 28 goals in 106 appearances across his three years with the Dons.

"After the season I've had, it has been difficult for both myself and the staff so I thank them so much for putting that trust in me and giving me another year's deal," he told the club website.