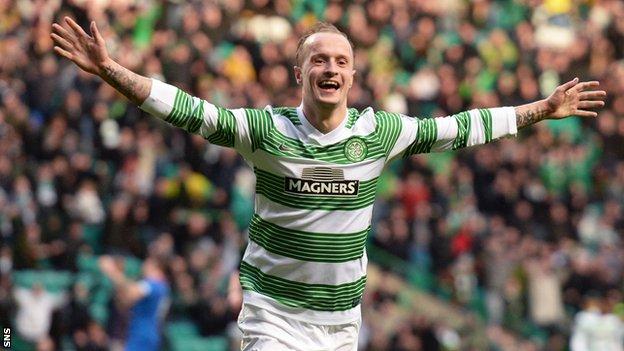 Celtic striker Leigh Griffiths is reluctant to set a goalscoring target for the rest of the Premiership season.

The 23-year-old former Hibs forward has struck four goals in as many starts since his January move from English League One outfit Wolves.

And he aims to add to his tally in Friday's Premiership clash against Kilmarnock at Rugby Park.

If I get chances I'm confident I can put the away

"I don't like to set goal totals or anything like that and just want to take each game as it comes," he said.

Griffiths netted a hat-trick in the 5-0 victory over Inverness CT and is happy with his current form.

"If I get chances I'm confident I can put the away," he said.

"I have scored a few goals against Kilmarnock, and I actually scored a hat-trick the last time I played there. Hopefully, I can keep the run going with another goal or two."