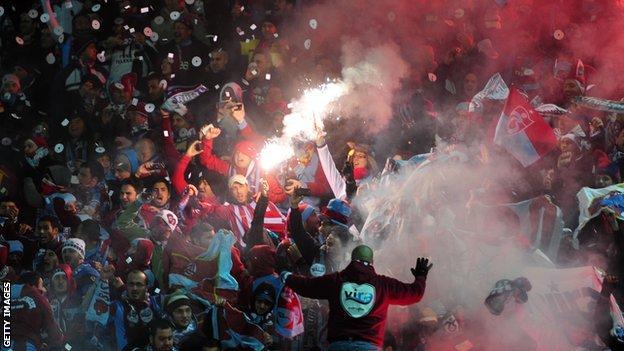 Turkish league leaders Fenerbahce's match at Trabzonspor was abandoned on Monday after their players were pelted with objects thrown from the crowd.

The referee had already halted the game twice before deciding to end it 10 minutes into added time at the end of the first half.

Fenerbahce were leading through a goal from Emmanuel Emenike when the game was called off.

Fans continued to clash with police in the streets following the match.

The Istanbul derby between Besiktas and Galatasaray in September was abandoned after supporters invaded the pitch at the Olympic Stadium.