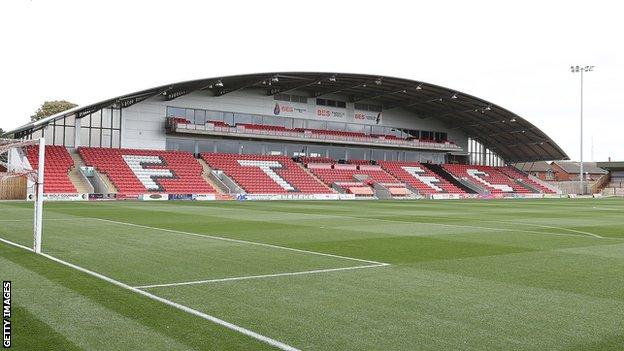 Fleetwood have signed Tom Davies from FC United of Manchester and immediately loaned the defender back to the Northern Premier League club.

The 21-year-old has signed an 18-month contract with the Cod Army, who are fifth in League Two.

"We thought it would be best for Tom to stay at United and continue to play games and train with us whenever he can," said manager Graham Alexander.

"He can hit the ground running in pre-season," he told the club website.

Davies was a trainee at Blackburn and spent two years playing for Team Northumbria while completing a university degree in Newcastle before joining FC United at the start of the campaign.

He is the second FC United player to join a Football League side this term, following Chesterfield's capture of midfielder Ollie Banks in September.

"Tom's performances since he joined us last summer have quite rightly been noticed by clubs further up the pyramid," said manager Karl Marginson.

"His continued availability will surely help us with our promotion push.

"It also shows the quality of Fleetwood in loaning Tom back to us, as they see that as part of Tom's development before he joins them in the summer."