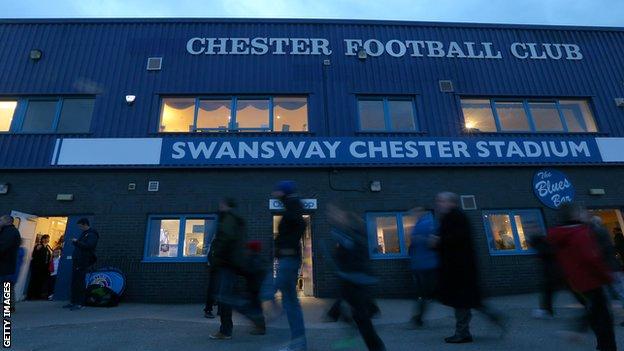 Last week, the Motormen announced they were resigning from the Conference North because of financial costs.

Macauley, 43, had agreed to stay until the end of the season unless he was offered a role at another club.

"We will all be disappointed to see him go, but understand his position and wish him every success in the future," said chairman Alan Bartlam.

"Carl will always be close to our hearts," he told the club website.

Macauley first took charge of Vauxhall Motors in January 2006 and temporarily vacated the role in the summer of 2011 before returning to Rivacre Park in November of that year.

Under Burr, who was appointed as manager in January, Chester have risen to 19th in the Conference Premier table, six points above the drop zone.