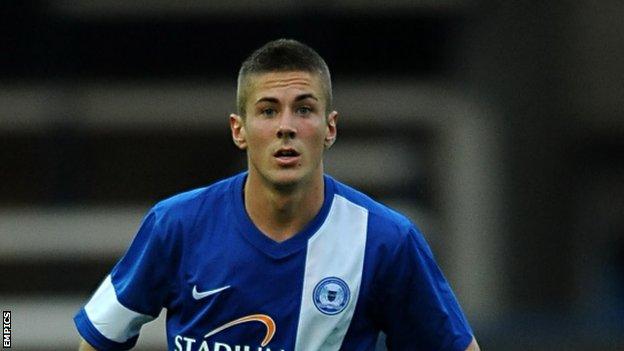 Kearns, 22, has previously had loan spells at York City and Rotherham.

Belfast-born Kearns began his career at West Ham United before moving to Dundalk, making 83 appearances for the League of Ireland club before being signed by Peterborough.

He has represented the Republic of Ireland at Under-19, Under-21 and Under-23 level.

Kearns is unable to play in the Johnstone's Paint Trophy final as he has already featured in the competition for Posh.