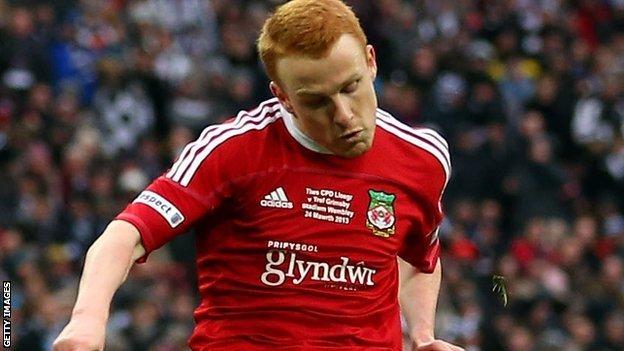 Tamworth have confirmed the signing of Wrexham midfielder Kevin Thornton on an emergency loan after receiving international clearance.

The 27-year-old agreed a move to The Lamb five days ago, but the deal could not go through until the necessary paperwork was completed.

He will stay at Tamworth until the end of the season and is in line to make his debut against Nuneaton on Tuesday.

Thornton has played nine times for Wrexham this season and scored once.

He began his career with Coventry City, where he made 55 appearances in just under four years.