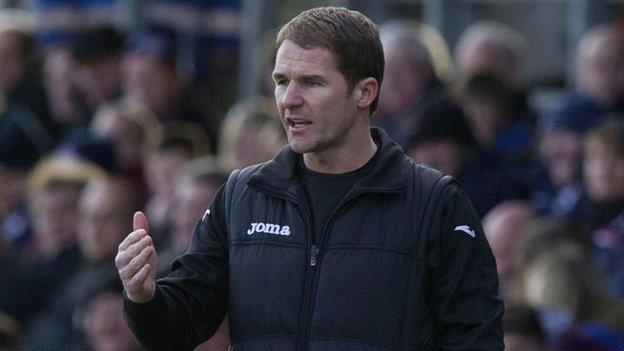 Partick Thistle manager Alan Archibald has been sent off for "foul and abusive language" while playing for the club's under-20 side.

Archibald was dismissed in the 75th minute of the 1-1 draw with Dunfermline Athletic at East End Park.

The 36-year-old manager recently returned to playing after the second string were left short of players.

Lewis Spence had put the Pars in front before David Wilson scored an equaliser from the penalty spot.

Archibald returned for his second spell in Thistle's defence in 2007, with a four-year spell with Dundee United in between.