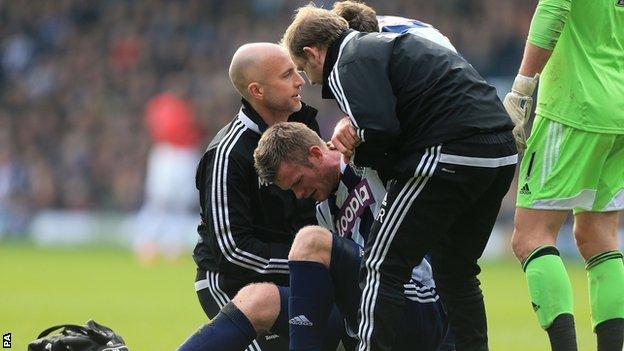 West Brom captain Chris Brunt has been ruled out of action for up to six weeks with a knee injury.

The midfielder was substituted after 65 minutes of Saturday's 3-0 loss at home to Manchester United.