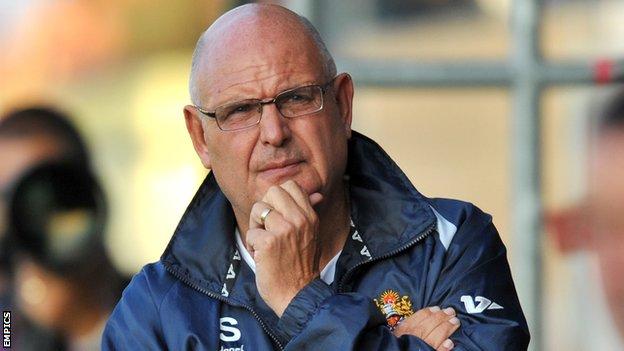 Luton Town boss John Still has said he hopes to help supporters overcome a sense of injustice by taking the club back to the Football League.

The Hatters, top of the Conference Premier, were relegated five years ago after a 30-point deduction.

"I want to do everything I can to give them back something they think was taken away unfairly," said Still.

"I know the passion of these people. I know how they felt. If I can do it, I'll be very proud."

It was a third relegation in as many seasons for the Kenilworth Road club and a section of Hatters supporters still retain a bitterness towards the football authorities, believing that similar offences since have not been met with the same punishment.

But Luton are 15 points clear of nearest rivals Cambridge United following the 1-1 draw between the sides on Tuesday, making automatic promotion a near inevitability.

"If you allow yourself to be one or the other it's not always right for you.

"We still have to go and get points to win this league but I think we've shown for most of this season that we have the attributes to do that. We just have to keep performing to do that."