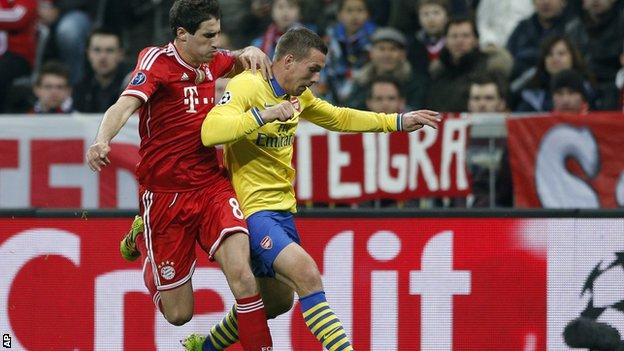 Uefa has opened disciplinary proceedings against Bayern Munich over banners on show during Tuesday's Champions League draw with Arsenal.

The first banner referred to the campaign to have Kosovo officially recognised by Fifa, while the second contained offensive words and images.

Uefa's control and disciplinary Body will hear the case on 20 March.

Kosovo declared independence from Serbia six years ago but is not a member of Uefa or football's world governing body Fifa.

However, the country is allowed to play friendlies against other nations provided no national symbols, including flags, are displayed or anthems played.

Bayern Munich progressed to the quarter-finals of the Champions League with a 3-1 aggregate win over the Gunners.