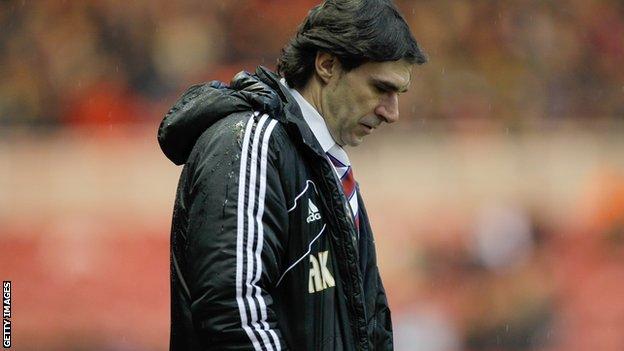 Mustapha Carayol's first-half goal was cancelled out when Forest striker Darius Henderson forced the ball home with 10 minutes to go.

Karanka told BBC Tees: "I didn't need to see a replay. My players' reaction was enough to know it was handball.

"If the scorer is humble, I'm sure he would admit it was handball."

On Saturday, Boro ended a sequence of seven matches without a goal by reigniting their faint hopes of reaching the Championship play-offs.

Karanka stuck with the same side against Forest, the first time he had done so since but their failure to win means his side have slipped to 11 points from sixth place with just 10 games left to play.

Henderson's goal also broke an impressive Boro run of not conceding a goal from open play in the last two months.

"I don't like to speak about the defensive record, I only care about winning," Karanka added.

"We deserved to win. We had another two or three clear chances and that should have been enough to do it."