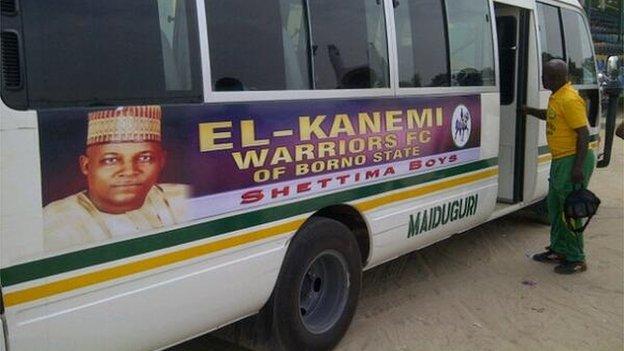 Nigeria's League Management Company has suspended all Premier League matches scheduled to be played in Maiduguri until further notice because of security concerns.

The move follows a request from Abia Warriors not to play at the Maiduguri Township Stadium for Saturday's fixture with against El-Kanemi Warriors.

The north-eastern city is the stronghold of Islamist militant group Boko Haram and Abia were concerned following waves of attacks by insurgents in Maiduguri and surrounding areas.

On Friday the LMC said in a statment: "We are constrained to put on hold all Globacom Premier League games in Maiduguri until further notice due to latest security intelligence from the area and the suspended games include this weekend's match between El-Kanemi Warriors and Abia Warriors.

"We want to reassure clubs that decisions of the LMC at all times will be guided by the need to serve the greater good and hinged on existing realities."

North-east Nigeria, including Borno state where Maiduguri is the capital, has been under a state of emergency since May 2013 because of the Boko Haram conflict.

The violence has intensified in recent weeks, with more than 500 people killed in the north-east already this year.

With the season only one week old, El-Kanemi have not hosted a match at home this season, so the safety of road travel in and out of the city for a football match has not been tested.

Nigerian domestic league clubs typically drive to matches because of budget constraints and the total distance to Maiduguri from the Abia Warriors' south-eastern base is more than 1,300km.

All commercial flights into Maiduguri were stopped following an attack by Boko Haram on the city's airport last year.