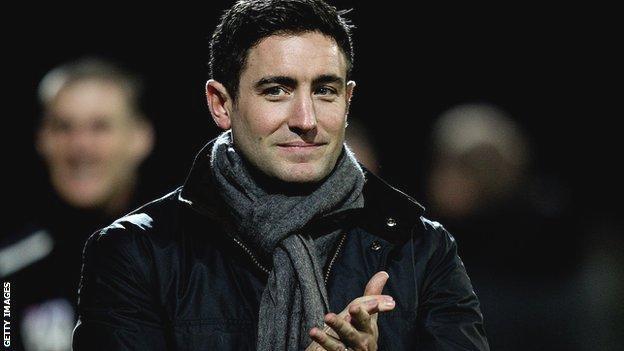 Oldham Athletic manager Lee Johnson believes his side are "weak and need help to bolster the squad".

The Latics were beaten 2-0 at home by Rotherham on Tuesday and are two points clear of the League One drop zone.

Johnson told BBC Radio Manchester: "We are a bit depleted with our squad but physically we were weaker than them.

"I thought the endeavour was there but we look physically weak and need some help. We will be trying to bring a couple of players in."

Tuesday night's defeat by the Millers followed a 3-1 home reverse to Preston North End on Saturday.

"I know we have to stick together now," Johnson continued. "They were always going to be two very tough games.

"We have to go to Crewe now on Saturday and try and get some help in - and go there with some renewed vigour.

"We will work very hard to bring a couple in before Saturday and I think it is important at this stage."