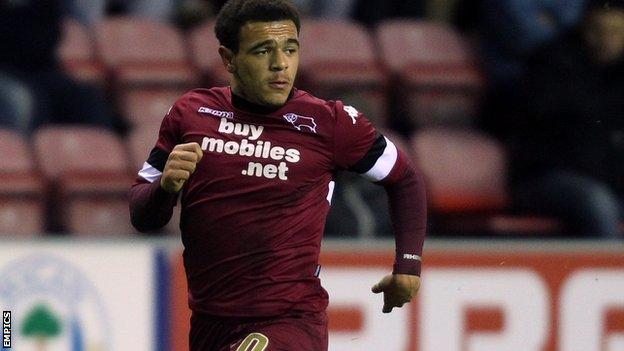 The 17-year-old became Derby's youngest ever player when he made his debut aged 15 years and 99 days in September 2011.

Bennett has mainly been used as a substitute this season, scoring once in 14 appearances.

The England Under-19 international could make his debut for the League Two leaders in Saturday's home match against Oxford.

He told the club website: "I pounced on the opportunity when my agent asked me if I wanted to join Chesterfield, saying 'yes' straight away.

"I'm buzzing because I want to get in front of a crowd again and show what I can do. I've been in and out of the team this season and I need to start playing regularly."