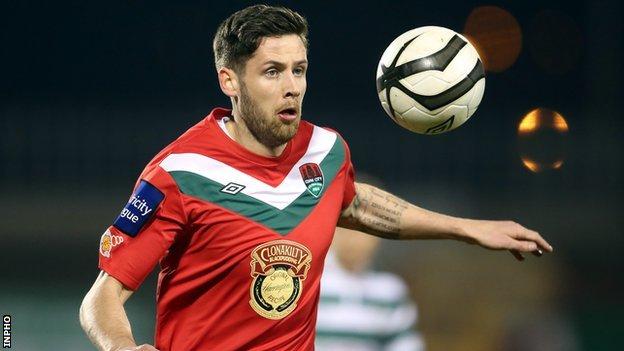 A second-half goal from Darren Dennehy condemned Derry City to defeat in their first home game of the new Premier Division campaign on Sunday.

Dennehy rose unmarked at the back post to head his brother Billy's free-kick past Ger Doherty in the 54th minute.

The game was a scrappy affair throughout, with the difficult playing surface not conducive to good football.

Molloy got his head to the ball to stop Darren Dennehy's goal-bound header in the first half of an uninspiring game at the Brandywell.

Early on, Curran's 30-yard attempt was easily collected by McNulty, who also did well to stop Patterson's drive soon after.

Disappointment then for the Candystripes in new manager Roddy Collins's first competitive home game in charge.

Last week Derry began their campaign with a 1-1 draw at Shamrock Rovers and they now travel to face Drogheda United on Friday night still searching for their first league win of the season.