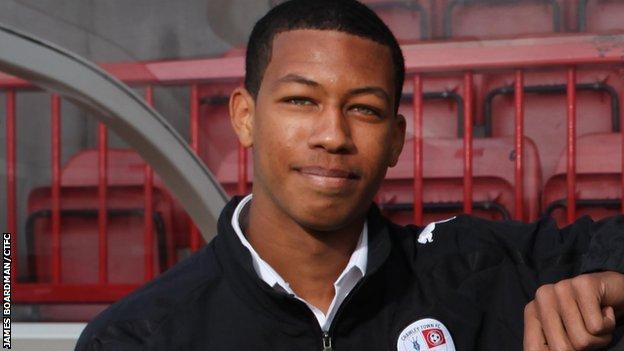 Crawley Town striker Jonte Smith has joined Finnish side PS Kemi Kings on loan until 30 June, with a view to a permanent move.

Bermuda-born Smith, 19, has made four appearances for the League One club.

"Jonte's contract is up at the end of the season so this is a great opportunity for him," Reds boss John Gregory told the club website.

"You have to admire him for being prepared to go to a different country to experience different football."

Smith, who signed professional forms with Crawley in April 2012, has had two separate loan spells with Ryman League side Metropolitan Police.

His new club, who are based in Kemi in the northern region of Lapland, play in Finland's third tier.

They are managed by 62-year-old former West Ham and Leyton Orient defender Tommy Taylor, and former Crawley youngster John Dollery is also on the club's books.