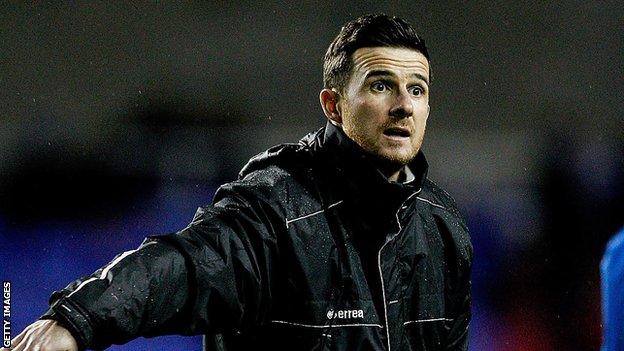 The Seasiders ended a run of 17 Championship matches without a win by beating Millwall 1-0 on Tuesday.

Blackpool, who were fourth at the end of November, are now 18th and eight points clear of the relegation zone.

The Seasiders were briefly top of the Championship this season after winning five of their opening six games.

"I want to play nice, attractive football but it has got to the stage where we need to grind out wins," Ferguson told BBC Radio Lancashire.

"Every game I have been in charge, they have given me everything."

Ferguson, who took over at Bloomfield Road when Paul Ince was sacked in January, admitted the long sequence without a win was totally new to him.

"I have never had anything like this in my life, with a team on this kind of run," he said.

"We have ended it now and I am not getting carried away. We have still got miles and miles to go yet."

The former Rangers, Blackburn and Birmingham midfielder also had praise for the club's supporters.

"Since I took over they have been excellent," continued Ferguson. "I have had fans meet me and reassure me the fans are behind me, but I knew that anyway.

"They can see I am a passionate guy and I want to do well for Blackpool."