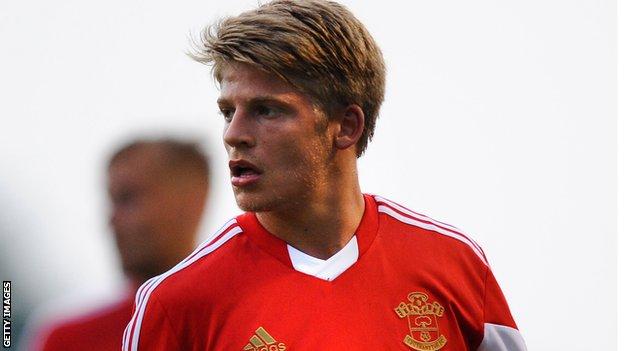 Peterborough have signed Southampton winger Lloyd Isgrove on loan until the end of the regular season.

The 21-year-old will be able to feature in Saturday's game against League One play-off rivals MK Dons.

The deal could be extended should Posh finish in the top six.

"This is my first loan spell away from Southampton so it is a big move for me," said Isgrove, whose only Saints game this season came in a League Cup win over Barnsley in August.

"I have been with Southampton since I was nine years old. I am really looking forward to the challenge."

Isgrove, a Wales Under-21 international, has two Southampton appearances to his name, with his debut also coming in the League Cup.

"Lloyd is something a bit different. He is very quick, can play either side of the wing or in the hole if we played the diamond formation," said Posh boss Darren Ferguson.