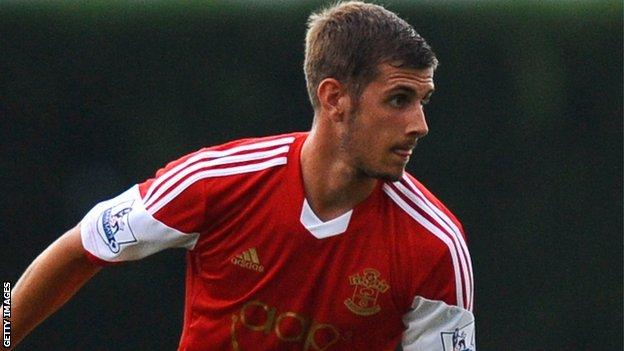 Southampton youngster Jack Stephens has joined Swindon Town on loan until the end of the regular League One season.

The centre-back, 20, started his career at Plymouth, making his debut as a 16-year-old in September 2010.

Seven months later he signed for the Saints, then a League One club, for £150,000 on a three-year deal.

He has made only one senior appearance for his parent club but earned a new contract in the summer, keeping him at St Mary's until 2017.

Stephens is available to make his Swindon debut in Saturday's game at Bristol City, but the loan would need to be extended if he were to feature in the League One play-offs, should Swindon finish in the top six.