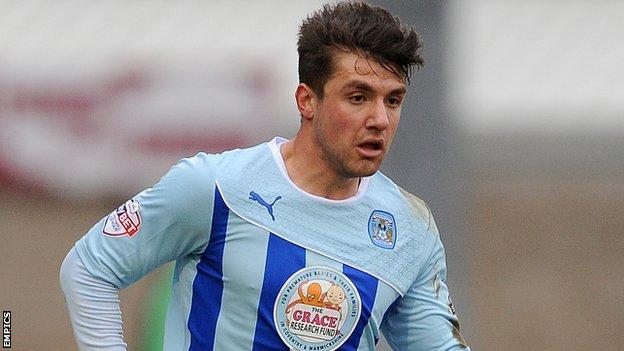 Coventry City have agreed a short extension to Michael Petrasso's loan from QPR and are trying to negotiate a deal until the end of the season.

Winger Petrasso, 18, was due to return to Loftus Road when his initial 28-day deal expired after Tuesday's 4-2 defeat at Gillingham.

Petrasso will now stay with the Sky Blues until after Sunday's game with Port Vale.

Petrasso, who has scored one goal in his six appearances for Coventry, said before his original loan ran out that he was hopeful of staying with the Sky Blues for the remainder of their League One campaign.

And Pressley is cautiously optimistic about that now happening.

"We're hopeful the two clubs can agree a deal that allows Michael to stay with us until the end of the season," the City manager added to the club's official website.

"He has worked hard in training and adapted to the system we play brilliantly.

"He has improved during his time with the club and his pace has proved to be a real asset to the side."

Petrasso will now be available for the match against Vale at Northampton, with the side looking to improve of their recent run of one win in their last seven games.