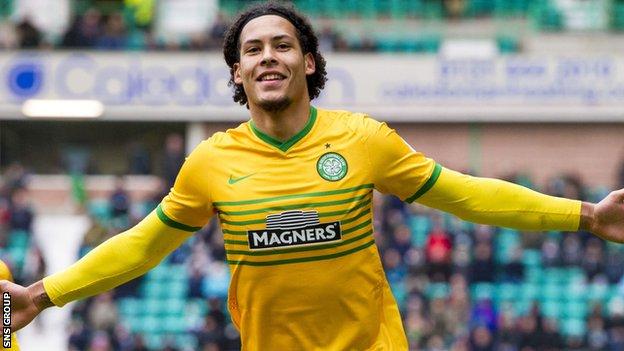 Celtic manager Neil Lennon says selling Virgil van Dijk in the summer is "not on the horizon".

And his agent, Henk-Maarten Chin, was widely quoted in this week's newspapers suggesting a move to England.

But Lennon said: "He is one of our best players, we don't need to sell. Whether they want to go or not, it will be down to us to make that decision."

Van Dijk signed a three-year contract on the completion of his £2.6m transfer from FC Groningen.

And Lennon was not impressed by the interviews given by the representative of the former Netherlands U21 international.

"It is a bit premature. He is on a three-year contract here. I would guard against that.

"We have brought him in and put him in an environment where has thrived and prospered, he is our player."

Lennon also confirmed that Celtic had withdrawn their appeal of Van Dijk's red card picked up against Aberdeen last month which means he will miss Friday's league visit to Kilmarnock.