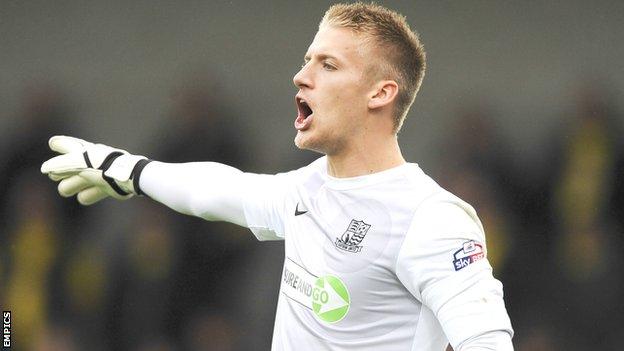 Southend United closed the gap on the play-offs to a point with a goalless draw at Bristol Rovers.

At the other end, Ryan Leonard dragged his shot wide.

O'Toole had two chances to win it for the hosts, but both headers were kept out by Bentley.

Southend gave a debut to new signing Jamar Loza. The 19-year-old Norwich striker, who joined on a one-month loan prior to kick-off, appeared for the final 21 minutes at the Memorial Stadium.