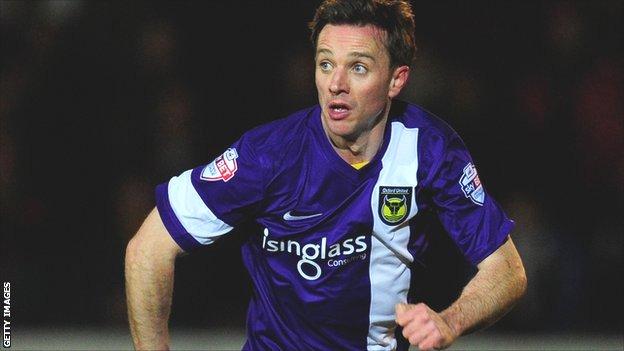 Jack Barmby had chances at both the start and end of the first half for Hartlepool, but saw his first effort go wide before Ryan Clarke saved well.

Simon Walton was sent off for his second yellow card and the hosts took advantage within two minutes.

Sixth-placed Oxford are now six points clear of eighth-placed Southend, who were held to a goalless draw by struggling Bristol Rovers.

Oxford's victory could be Mickey Lewis's last match as caretaker manager, with chairman Ian Lenagan announcing before kick-off that a new manager should be appointed over the weekend.