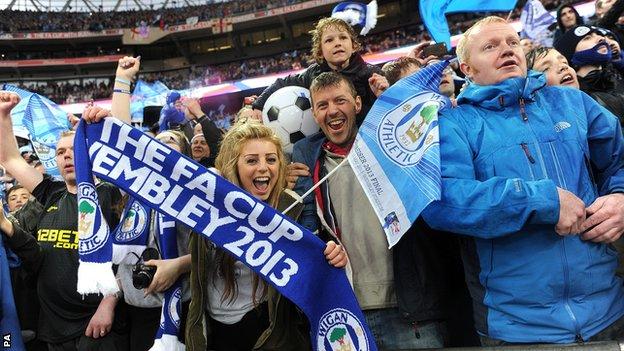 Arsenal will receive almost twice as many tickets as holders Wigan Athletic for their FA Cup semi-final at Wembley on Saturday, 12 April.

The Gunners have been allocated 42,882 tickets, while their Championship opponents have been given 22,807.

For the other semi-final, which will be played at Wembley a day later, Hull will have 32,011, compared to 31,796 for League One side Sheffield United.

Wigan agreed their share based on the number of fans at last season's FA Cup semi-final and final, as well as the Community Shield in August.

Sheffield United have slightly fewer tickets than Hull because of the stadium's segregation divide.

Prices have been frozen at between £30 to £60 for the fourth season in a row.

The final also takes place at Wembley and will be played on 17 May.