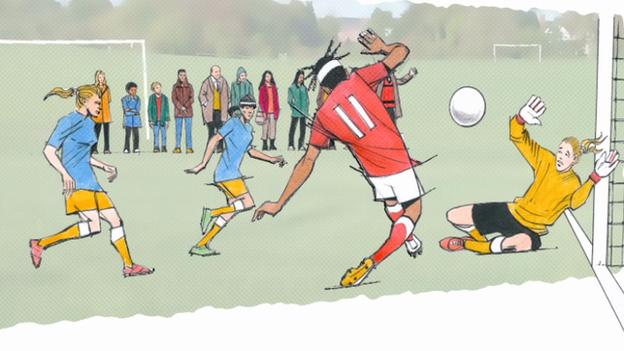 Referees have been told to prepare for an increase in the reporting of abusive behaviour as the Football Association begins its latest anti-discrimination drive.

English football's governing body has made four animated films urging players and supporters to stand up to racism, homophobia, anti-semitism and other acts of discrimination.

The FA hopes the initiative will "address the under-reporting of discrimination in the game" and "encourage those who feel that they have been discriminated against to report it".

It comes just a few weeks after Nicolas Anelka was banned for five games for his anti-semitic gesture after scoring for West Bromwich Albion in their Premier League game against West Ham United in December.

That incident follows high-profile suspensions in the last three seasons for Chelsea centre-back John Terry and Liverpool striker Luis Suarez, who were both banned for making racist remarks on the pitch.

The FA's films will explain to participants and supporters how to report discrimination at both professional and grassroots level.

When discrimination takes place at any level of the game, we need to ensure that we can take positive action

"Whether it be on the playing fields in your local park, or surrounded by thousands of people at a top-flight game, discrimination has no place in football," said the FA.

"The use of any threatening, abusive, indecent or insulting words or behaviour in reference to a person's ethnic origin, colour, race, nationality, religion or belief, gender, gender reassignment, sexual orientation or disability is completely unacceptable."

The FA has also introduced a mandatory five-match suspension and education programme for people found guilty of discriminatory abuse under FA Rule E3.

Le Saux added: "When discrimination takes place at any level of the game, we need to ensure we can take positive action. The best means of ensuring that is to encourage players and supporters to report it."

The former left-back, capped 36 times, continued: "These films will help explain to players and supporters both the importance of reporting discrimination and highlight the many ways in which they can do so."