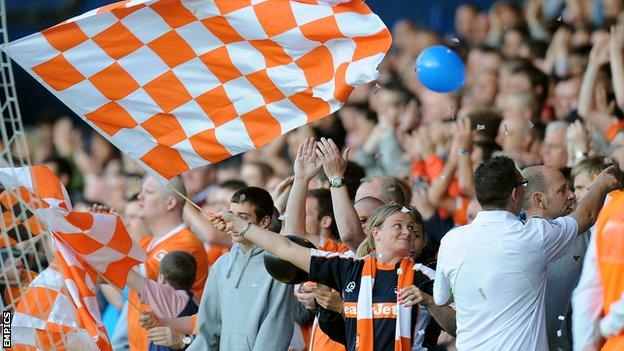 Luton Town have become the first English club to give supporters the legal right to veto any future change to the club's image.

The Hatters' supporters' group Trust in Luton will be given the final say over amendments to the club's name, nickname, kit colours, crest or mascot.

Hull City fans are currently fighting a proposed name change by their owner.

And Cardiff City owner Vincent Tan changed the Welsh side's kit from blue to red in 2012.

The move by Luton 2020, the consortium that owns the Hatters, would prevent such changes occurring at Kenilworth Road without the permission of Trust in Luton, the group who hold shares in the club on behalf of fans.

"There is one caveat. The Trust must get stronger," said Luton managing director Gary Sweet.

"Because we can't have so few members voting on these things.

"We're also going to establish a share scheme for the club via the Trust. So the Trust can buy more shares in the club at some point in the future."