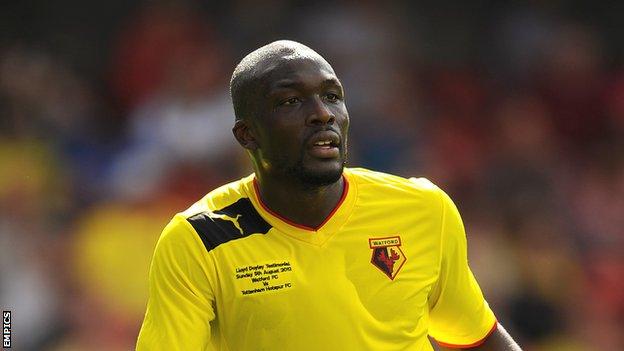 The 33-year-old, who has won 10 international caps for Jamaica, has an option to remain with the Robins until the end of the season.

Nosworthy has made six appearances this term, with his last coming in January as Bristol City forced Watford into an FA Cup third-round replay.

He arrives as cover for the injured Aden Flint and suspended Adam El-Abd.

"I just felt we were a little short after what's happened with Aden and Adam," Robins manager Steve Cotterill told the club website.

"He's someone I've had in the back of my mind since doing well against us in the FA Cup and we've built up a good relationship with Watford."

Nosworthy initially moved to Vicarage Road on loan from Sunderland in 2011, and after 13 games agreed a two-and-a-half year deal with the Hornets.

He is available to make his Robins debut at home against Swindon Town on Saturday.