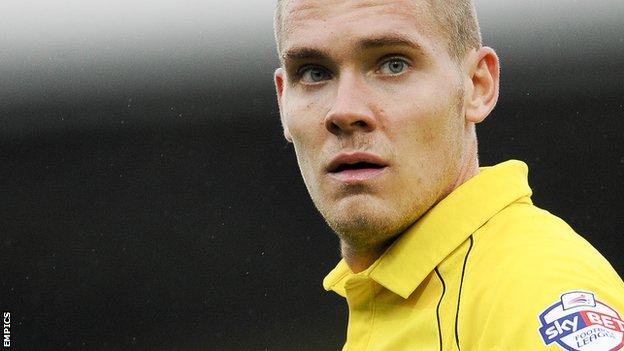 Bury have signed Chris Hussey on loan from fellow League Two club Burton Albion for the rest of the season.

The 25-year-old, who can play at left-back or on the left side of midfield, and could make his debut against Southend on Saturday.

Hussey previously had spells with AFC Wimbledon and Coventry before joining Burton at the start of the campaign.

He has appeared 32 times for the Brewers, scoring three goals, but has not featured since 21 February.