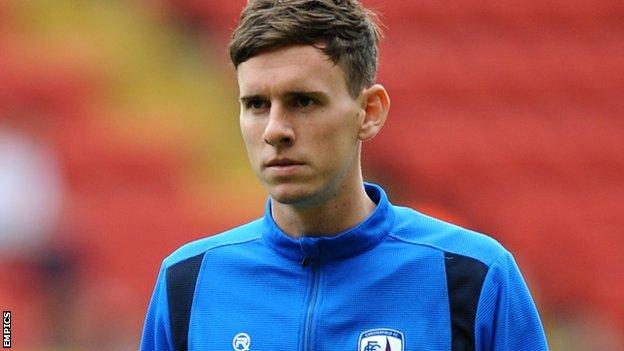 MK Dons have confirmed the signing of midfielder Mark Randall after receiving international clearance for the former Arsenal and Chesterfield player.

Randall, who has signed a contract to the end of the season, left Italian club Ascoli in January.

Born in Milton Keynes, the 24-year-old began his career at Arsenal and later made two Champions League appearances.

Dons manager Karl Robinson told the club website: "He's from MK, a talented footballer and he suits our style."

Randall, who played 18 games during a loan spell with the Dons in 2010 and also had loan spells at Burnley and Rotherham, will be eligible to go straight into the squad for Saturday's home game with Peterborough.