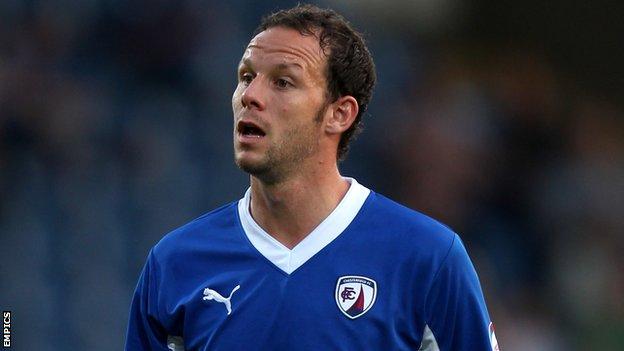 The 29-year-old former Scunthorpe and Barnsley player has featured nine times for the League Two leaders this season.

"I've tried to keep myself as fit as I can, which is tough when you're not playing as much as you want," he said.

"But I was thrown in over Christmas and I played four or five times and I felt fully fit - I'm available for selection."

He added: "I knew there had been interest for a while but nothing had come of it.

"I then got a phone call on Thursday after training asking if I would come down, get some games and help the team out."