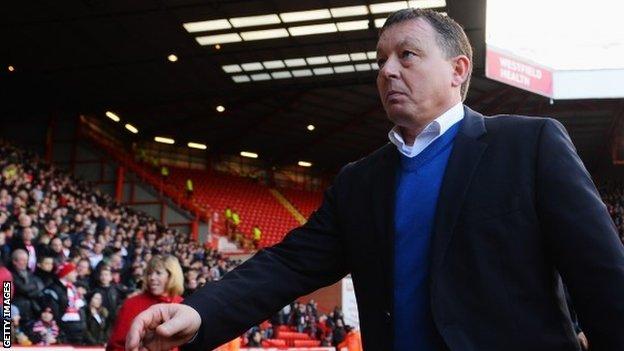 Nottingham Forest boss Billy Davies will be back on the touchline for the game with Doncaster after appealing against part of his five-match ban.

The Scot has already missed two games after admitting using abusive and/or insulting words and/or behaviour towards referee Anthony Taylor during last month's encounter with Leicester.

But he denied a charge of deliberately making contact with Taylor.

And a hearing before an appeal panel will take place on Wednesday.

A Football Association statement read: "He has appealed against the Independent Regulatory Commission's decision that he also deliberately made contact with the match referee following the fixture, which amounted to improper conduct.

"An appeal board will convene on Wednesday, 19 March to consider the appeal."

The timing of the hearing means Davies, 49, is able to return to the dugout against Doncaster on Saturday.

Davies, who was also fined £9,000, was infuriated by Taylor's decision not to send off Leicester's Wes Morgan during the Championship match.

Morgan was booked for a foul on Jamie Mackie, but stayed on the pitch as Forest scored from the resulting penalty just before the interval at the City Ground.