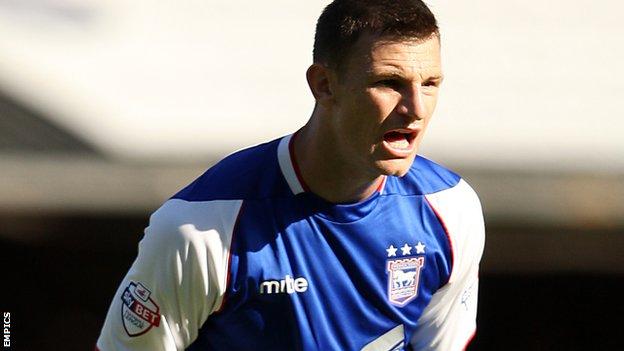 Ipswich moved to within five points of the Championship top six with a win at fellow play-off contenders Brighton.

Ipswich doubled their advantage with 10 minutes left through Murphy's header after a delivery from Jonny Williams.

The result keeps Ipswich in ninth position in the Championship, but brings them a point closer to the play-offs.

Brighton, one place and two points ahead of Town, lost for only the second time at home in 12 matches in all competitions.

In front of a crowd of 29,093 - the biggest at the Amex Stadium this season - the Seagulls should have gone ahead in only the fifth minute when Lingard shot straight at visiting goalkeeper Dean Gerken after bursting through.

Brighton had a penalty appeal waved away when Lingard went over following a challenge by Christophe Berra before Ulloa's header was saved by Gerken.

But the visitors took the lead in the second half when Smith scored for the second successive match.

Ulloa, Brighton's top scorer with 12 goals this season, wasted a chance to equalise before Murphy's header secured a valuable three points for Mick McCarthy's side.

"Anyone saying that we didn't create enough chances hasn't been at the game.

"I don't look at the table but we have a game at Sheffield Wednesday on Tuesday and we're looking forward to getting back to winning ways.

"We created more than enough chances to win the game but we didn't take them so we have to learn, improve on some things and move on."

"We've still got a chance of the play-offs. We've now got to play Derby and Nottingham Forest and we'll know more by the end of the week.

"We did the right things, took our chances and it was a huge win.

"It's a difficult place to come. Brighton are a good side in the way they play out from the back and play good football."