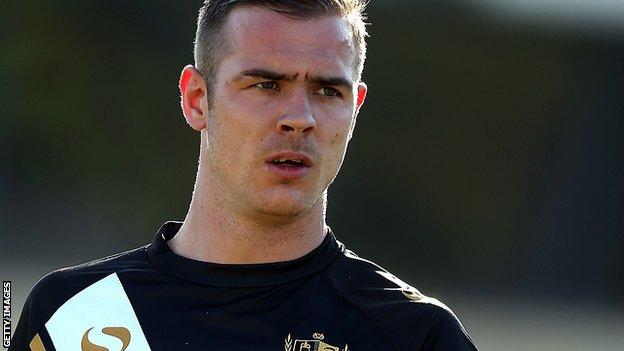 Pope set up Ben Williamson for a third before Tranmere threatened an unlikely comeback with two goals in a minute.

Ash Taylor nodded in a corner and Jason Koumas scored from a free-kick but Vale held on for a first win in three games.

However, they needed goalkeeper Chris Neal - later stretchered off the field following a collision with Rovers substitute Ian Goodison - to make smart saves from Ryan Lowe and Jake Kirby.

Doug Loft also hit the bar for the hosts, who had let a 2-0 lead slip at Coventry in their previous outing.

Tranmere, who are a point outside the drop zone, are yet to win back-to-back games in League One this season.

"The defending was unacceptable. We can't give teams a start.

"But we can't defend like that and expect to win games or come away with a point."