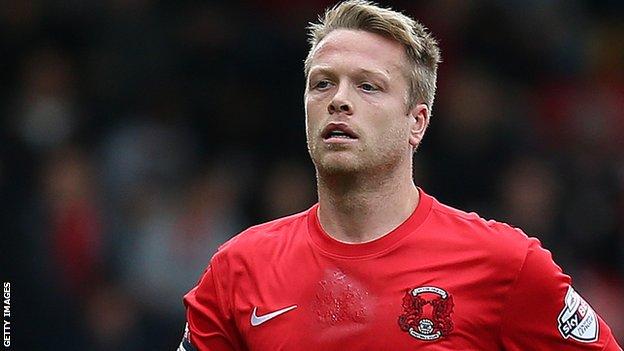 Leyton Orient lost ground on the top two, despite Nathan Clarke's deflected shot earning them a point at Walsall.

With leaders Wolves and second-placed Brentford both winning, Russell Slade's men are now four points from an automatic promotion spot in League One.

Walsall went in front when Paul Downing fired in a loose ball from a corner.

Walsall are now without a win in 10 games and are eight points from the play-offs with eight matches to play.

"Frustrated again, three times in the last three games. We started the game ever so well, played really well and played some really good football.

"We're playing against a team who are pushing for automatic promotion. I thought we were the better team today.

"It's disappointing that we haven't got the win but as I say, the league table changes.

"Once we get over that line with that next win things change straight away and the positivity off the players will be taken into that."

"We can only do our best, but I was disappointed in the first half. Walsall deserved to be in front.

"In the second half we had so much more intensity and possession.

"Other than them maybe catching us out on the courter-attack, I felt we controlled the game."