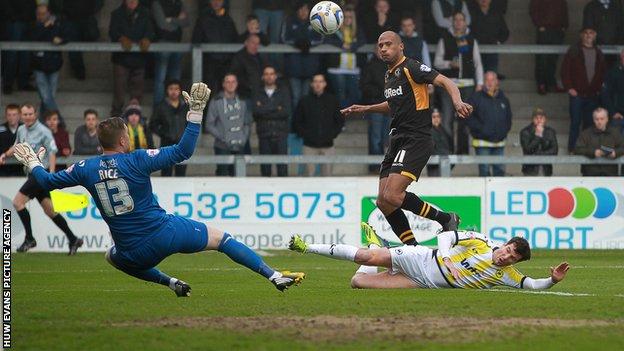 Zebroski squeezed the ball home from a tight angle after eight minutes to give Newport their first win in nine games.

Torquay were reduced to 10 men when Shamir Goodwin was red carded for an elbow on County captain Michael Flynn.

County keeper Ian McLoughlin made a late double save to deny Aaron Downes and Ashley Yeoman.

The defeat leaves Torquay six points adrift of safety at the bottom of League Two while Newport are seven points off the play-offs.

"The win was very much needed and we obviously hadn't hidden away from the poor run we had been on.

"I think we should have won the game comfortably in the end. For the run that we've been on I thought we controlled the game.

"I was pleased with the general play. We changed the system slightly and I thought we had two very good debutants in Darcy Blake and Kevin Feely."