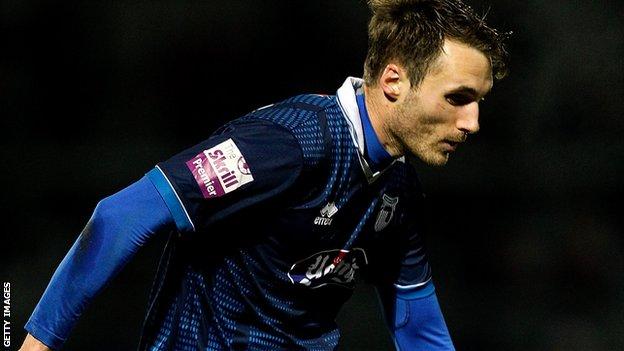 Grimsby moved into the Conference Premier play-off places with a win against Nuneaton.

The only goal came early on, when Alex Rodman converted a deep cross from Aswad Thomas.

Nuneaton had a chance to level after the break but Wesley York shot wide from inside the box, before he saw another blocked in added time.

Between York's chances, team-mate Theo Streete's shot from the edge of the area forced James McKeown into a save.

"It's a good win - that's all I can say. It was an important game - a game that I felt we needed to take something from.

"It's a nice big pitch and it was always going to be windy, but I just went with the team that I felt was best suited to get three points and cause Nuneaton some problems.

"We spoke a lot about starting, and not giving them anything to give them some momentum and to cause them some problems in their own half, and I think that performance today was about that."