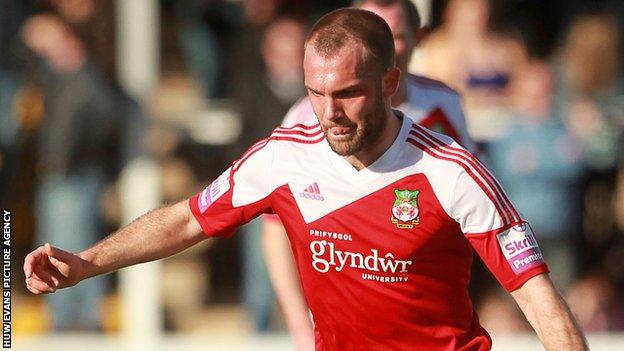 Kevin Wilkin's first game in charge of Wrexham ended in a 1-1 draw at home to Salisbury City.

Neil Ashton scored from the penalty spot to give Wrexham the lead after Jay Harris had been fouled.

But Clovis Kamdjo's header brought the visitors level on the stroke of half-time.

Both sides failed to find the breakthrough during a scrappy second half at the Racecourse.

"We haven't done enough to merit winning that game. We had to dig in and Salisbury looked the more likely side certainly throughout the second half.

"We never gave ourselves a chance to get control of the game. The cohesion and game management needs to be better.

"But there's some positives and things to build on there. The effort levels are there, which is a good block on to build."

"It's a good point and lots of positives to take out of the game. The only negative is that we didn't pick up all three points.

"We tweaked a few things at half-time and we came out and absolutely dominated the second half.

"I'm really, really pleased with the performance, the work-rate and the desire.

"We take a point from a good side, a very difficult place to come."