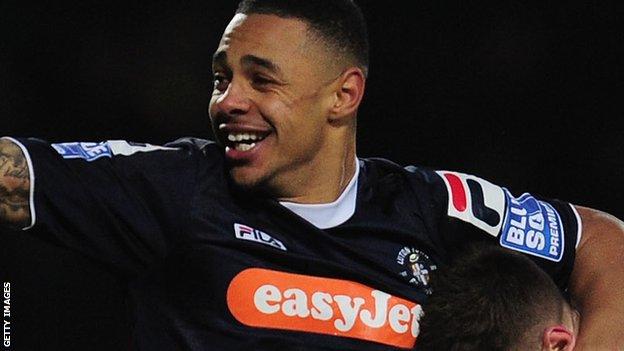 Andre Gray struck his 26th goal of the season to help Luton Town get back to winning ways as they comfortably overcame struggling Chester.

In a heated first half, Paul Benson and Ron Henry came closest to breaking the deadlock for the home side.

Matt Robinson put Luton ahead after his cross beat Chester goalkeeper Aaron Chapman and went into the top corner.

Chester found it difficult to counter and the hosts snatched three points when Gray and Paul Benson fired home.

Luton now go 14 points clear at the top of the Conference Premier, while Chester are two points clear of the relegation zone.

"We've come to the stage of the season where everybody has something to play for. We knew they'd be resolute, strong and slow the game down and not allow the game to get a tempo, which frustrated us if I'm honest.

"As I always say, the harder you work, the luckier you get - we worked hard, and got a little bit of luck.

"The other night we played, we got beat [1-0 against Woking], did we deserve to win? No we didn't. I had no complaints about being beat. Today we deserved to win the game."