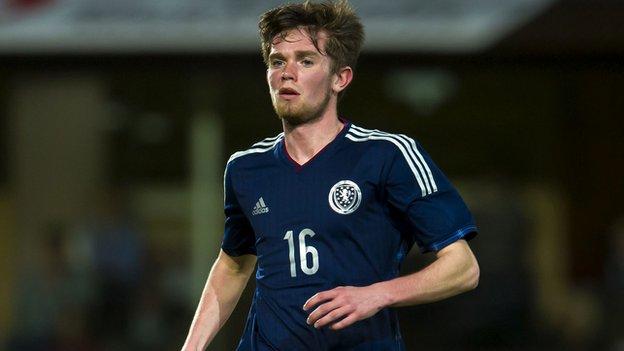 Hibernian midfielder Sam Stanton has been named SPFL young player of the month for February.

The 19-year-old has featured regularly for the Easter Road side this season, scoring twice in 22 appearances so far.

Edinburgh-born Stanton also made his Scotland under-21 debut in a March friendly match against Hungary, which finished 2-2.

He scored his first senior Hibs goal in the 3-2 Scottish Cup defeat to Raith Rovers.