I was at Old Trafford on Sunday and United were absolutely battered in every area, and on their own patch.

United boss David Moyes did not deal with Liverpool in any department - defence, midfield or attack.

Liverpool dominated the middle, with Raheem Sterling at the top of their midfield diamond, and completely exposed United's lack of pace at the back.

What made things even worse for Moyes was that his front four of Wayne Rooney, Robin van Persie, Juan Mata and Adnan Januzaj was not working at all.

I spoke to Liverpool manager Brendan Rodgers at full-time and he told me that Sterling, who was sitting at the top of their midfield diamond, was the key to their win.

United were defending so deep, it meant Sterling could exploit the space just in front of their back four, and run at them.

Daniel Sturridge and Luis Suarez were doing the same, and running beyond the United defenders. Their movement was sensational. 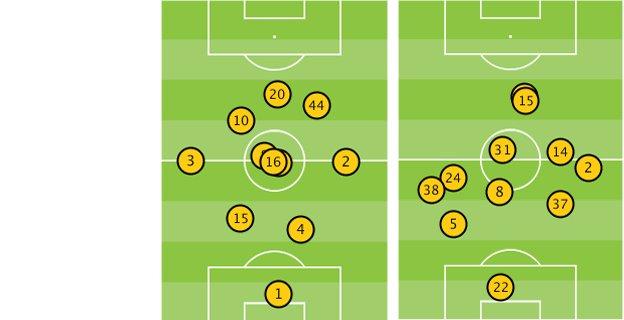 Behind Sterling, Joe Allen and Jordan Henderson were on the left and right, with Steven Gerrard sitting deeper in his quarterback role, and spraying passes forward.

United did not deal with Sterling, and could not cope when Liverpool had the ball. When they didn't have possession, Rodgers had the answer too.

Sterling dropped off when United came forward which meant, when Liverpool were defending, they were doing it with nine men in their half, against eight of United's. 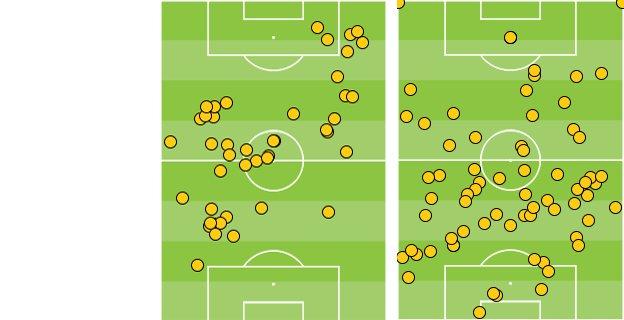 When United were chasing the game, their centre-halves stayed back but their full-backs pushed on, which time and time again left Liverpool's two strikers in a two-on-two situation.

United's first problem was Chris Smalling's injury. Without him at centre-back, they did not have the pace to deal with the speed of Liverpool's attacking players - Nemanja Vidic is just not fast enough.

In a race with Vidic and Phil Jones, Sturridge and Suarez were always going to win every time.

It meant Liverpool looked dangerous every time they came forward, and it led to Vidic being exposed for the tackle which saw him sent off and concede a third penalty.

That was Liverpool's plan and it worked perfectly. It was the most comprehensive win at Old Trafford by an away side that I have seen for years.

I do not know what United's attacking plan was, because we did not really see it. Their full-backs, Patrice Evra and Rafael, got forward and saw lots of the ball, but their front players looked like a bunch of strangers playing together for the first time.

The way they were set up did not work at all. There was little inter-play up front between Rooney, Van Persie, Mata and Januzaj, and nobody was running in behind the Liverpool defence when United had the ball.

Mata and Januzaj swapped flanks, but it made little difference. As we saw, there is no point having Mata on the pitch if you are going to play him on the wing. The only reason he was playing was because he cost £37m.

Mata is a great number 10 because when he is playing centrally, and off a striker, he can play on the half-turn, dictate play and play people in. Out wide he is not involved enough and he is nowhere near as effective.

You also need the legs to get up and down the pitch if you are a wide-man and Mata is not that sort of player. On this evidence I can see why Chelsea manager Jose Mourinho got rid of him, because he does not do enough defensive work to play in a Mourinho team.

On Sunday, that meant Liverpool controlled yet another part of the pitch. Their full-backs John Flanagan and Glen Johnson were not just stopping Mata and Januzaj; time and time again they were joining the Reds attack without being challenged by United's wide-men. 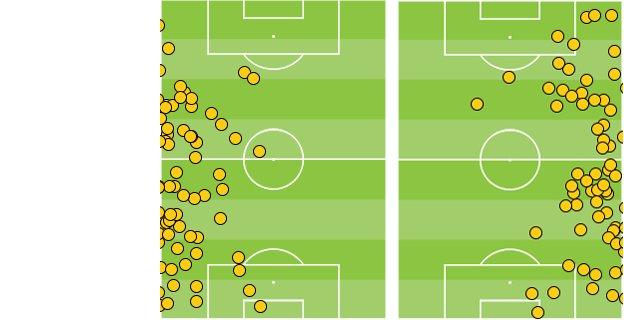 Up front, there were only four passes between Rooney and Van Persie in the first half, and five in the second.

They only created one chance between them, right at the end of the game when Van Persie headed wide from a Rooney cross.

Van Persie should have done better, but we should also be seeing them link up far more in front of goal than they are doing.

Where do United go from here?

This is a very worrying time for United, and they have their biggest game of the season on Wednesday.

United go into their Champions League tie with Olympiakos trailing 2-0 from the first leg, and needing to score at least three goals to reach the quarter-finals.

Moyes went with a very attacking line-up against Liverpool, but his side only managed one shot on target in 90 minutes and rarely looked like scoring at all.

What can they do differently against Olympiakos? Well, Mata won't play, because he is cup-tied. If Moyes is going to play the same formation as he did against Liverpool then he should use a winger, Antonio Valencia, out on the right.

When Mata returns, he needs to be in the number 10 position - which is central and behind the strikers - where he was so effective for Chelsea.

There are plenty of ways to pick Mata and still have Rooney and Van Persie up front - by mirroring Liverpool's midfield diamond formation for a start.

Michael Carrick could sit deep in the Gerrard role, with Januzaj and Antonio Valencia on either side, and Mata at the top.

But, if he wants to keep playing Rooney and Van Persie, Moyes has to either change his formation, or not pick Mata as well.