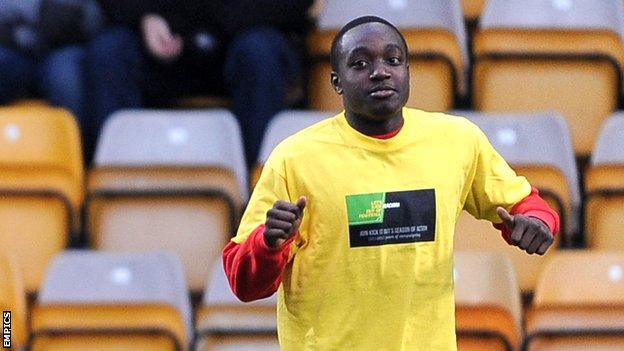 The hosts went ahead when Loza's cross found Michael Timlin whose miskick was turned in by Will Atkinson.

Lee Barnard coolly slotted the second from the penalty spot after Loza was fouled by away goalkeeper Ryan Clarke.

The result takes Southend into seventh in the table, one place and three points behind Oxford.

Waddock was appointed Oxford boss on Saturday after leaving his role as head of coaching at MK Dons.

"We did both ends of the game tonight in the right manner. We defended valiantly, Oxford did threw the kitchen sink at us, but we were 2-0 up at the time.

"It was down to the absolute quality in the final third. It could have been more than three, but we could have conceded as well.

"It was his [Jamar Loza's] night. He made the first goal, made the penalty and then made himself a great goal.

"He showed the quality tonight, we borrowed him from Norwich, hopefully Chris Hughton will not be dragging him back now because he might need a quality striker and he's certainly loaned one to us."