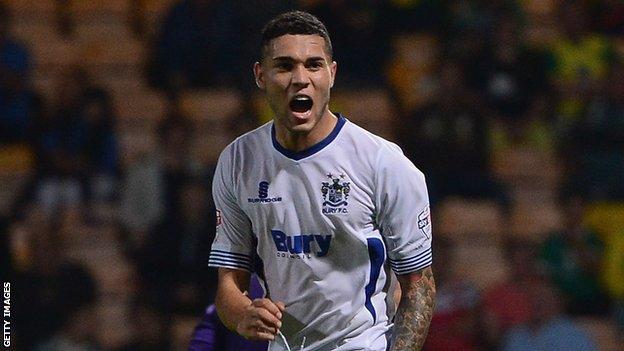 Anton Forrester has ended his loan spell at Bury and returned to Blackburn after suffering a serious knee injury.

Forrester sustained the injury in the 2-2 draw with Fleetwood having come on as a second-half substitute, only to be forced off again after a strong tackle.

The striker, 20, scored seven goals in 31 appearances after joining on loan at the start of the season.

"He's gutted as he wanted to be part of this until the end of the season," said Bury boss David Flitcroft.

"He has to have a real belief now and from the club we all wish him well and thank him for what he has done for us - his goals have been very important to us."