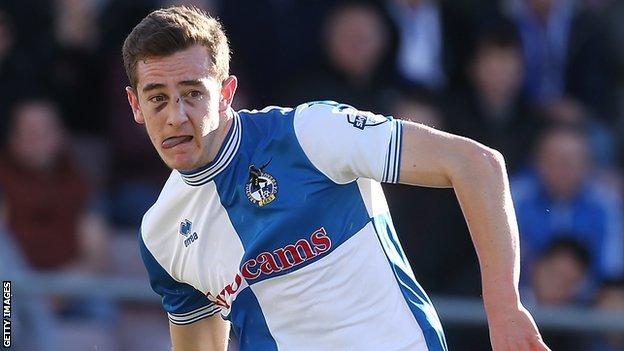 Tom Lockyer has signed a contract extension with Bristol Rovers to keep him at the League Two club until the end of the 2015-16 campaign.

The Cardiff-born 19-year-old, who can play in defence and midfield, broke into the Rovers first-team last season.

Since signing a professional deal in the summer, he has become a regular in John Ward's side, playing 38 games.

"Tom is a great example for other young players coming through the ranks," Ward told the club website.

"When I first came here, I put Tom on as a substitute on the left wing against Fleetwood. The more I saw him in the youth team, the more I realised we had a good player on our hands.

"And the more I saw of him this season, I have realised his best position was in midfield, although his flexibility is a fantastic bonus for a club like ours.

"He is proof that if you work hard there are opportunities for you at this club."