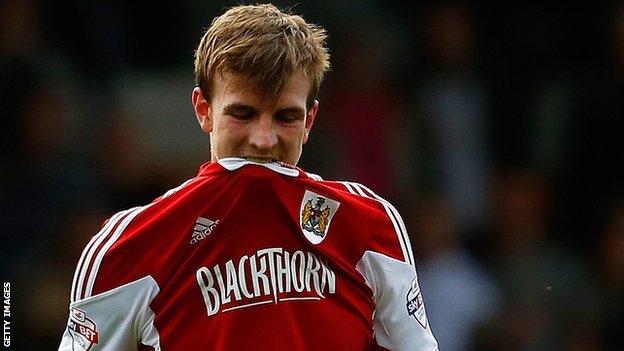 Bristol City centre-back Aden Flint has undergone an operation on his dislocated knee and has been ruled out for the rest of the season.

The 24-year-old suffered the injury in the win over Shrewsbury on 8 March and manager Steve Cotterill confirmed on Saturday, before their 0-0 draw with Swindon, that Flint's season was over.

The defender has since posted a picture of himself on Twitter from hospital.

Flint has made 43 appearances in his first term at Ashton Gate.

The former Alfreton man joined City from Swindon in June for a reported £300,000.