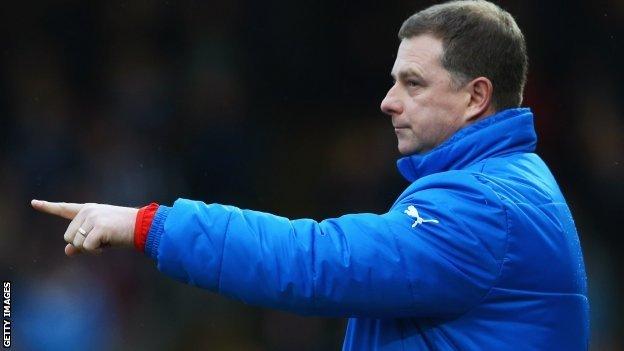 But Adomah equalised on both occasions, pouncing on a poor back pass for his first, before slamming home at the start of the second period.

They were the 26-year-old's first goals of 2014 and keep Middlesbrough a point clear of their hosts in the safety of mid-table.

However, Oscar Gobern's mistake presented Adomah with his equaliser, the striker pouncing on the loose ball before rounding Alex Smithies and slotting the ball into an empty net.

Wells curled home a fantastic effort to give Huddersfield the edge at half-time.

But, once again, the hosts were unable to hold on to their advantage, conceding just two minutes after the restart, with Adomah producing a smart finish.

"Another day in the football factory and a few more mistakes.

"I thought the game generally was a decent game of football and we've just gifted them two goals.

"All season I have said we have got to take the mistakes on the chin."

"I think the score is fair. In the second half we started 100 per cent opposite to the first, we started very well.

"I am happy today. Not with the first half because we went into the game very, very bad."