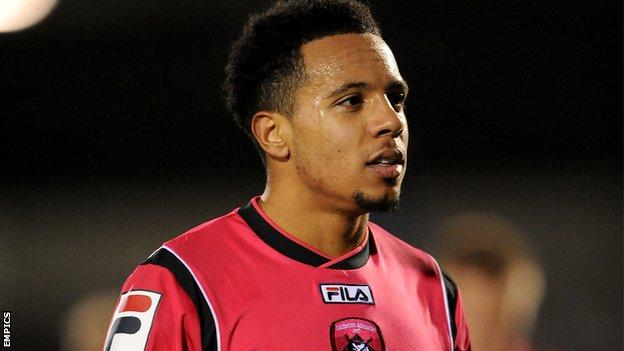 Leyton Orient suffered a blow in their chase for automatic promotion as Oldham scored a later equaliser.

The home side took the lead just before half time when defender Scott Cuthbert headed home unmarked from Dean Cox's pacy corner.

Kevin Lisbie and David Mooney wasted second-half chances for the home side.

The Latics struggled throughout but captain Korey Smith chipped over the keeper as full-time approached to secure a valuable point.

Orient have now played a game more than leaders Wolves in League One and sit three points behind second-place Brentford, but the Bees have two games in hand.

"It was a good point and I thought we deserved it. We worked very hard in the game and had some good chances.

"We just couldn't get that final finish to possibly have the game dead and buried before they scored.

"It was a fantastic strike from Korey. He had a superb game."